Yesterday publication of labour market statistics by the Office for National Statistics (ONS), which shows that the employment rate reached 75.1 per cent in the three months to June, the highest level since records began in 1971.

Summary of UK labour market statistics for April to June 2017

However, the UK is becoming a less popular destination for EU workers. The number of EU nationals working in the UK is increasing, but at a much slower rate than any time in the last three years.

Looking at changes in non-UK nationals working in the UK from January to March 1997 (when comparable records began) to April to June 2017: 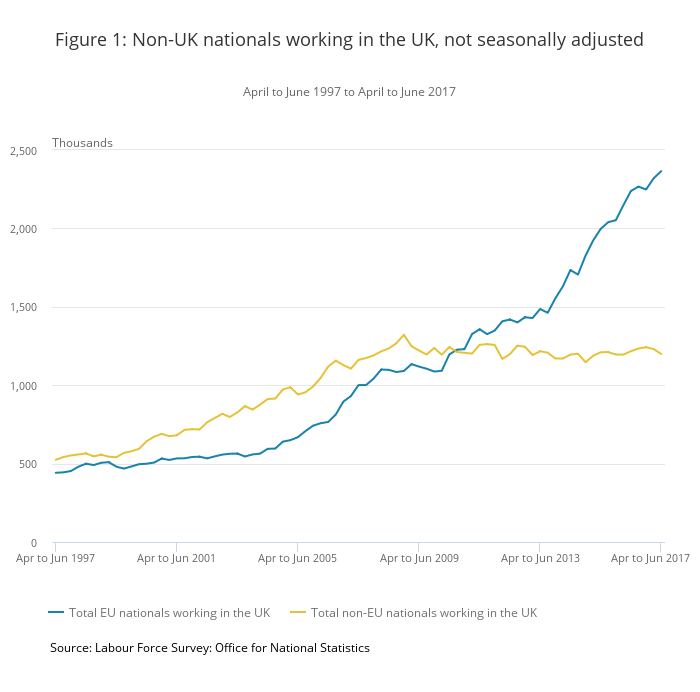